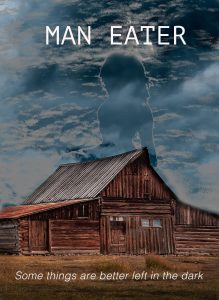 Our fundraiser is full steam ahead and we are still looking to fill some roles for our feature based film “Man Eater.” Please see details below and at http://www.maneatermovie.wordpress.com

Synopsis:
This feature length faith based film follows John as he struggles to give his beautiful wife Kassandra the life she always wanted. He would go to any extremes to make that happen, even if that means raising the dead for help. John doesn’t know it, but the dead have other plans for him and his wife. Follow John and his wife as they struggle and try to find redemption, wherever it may lead them.

Characters:
-John (25-35 yrs old) : A young man trying to make his wife Cassandra happy. A man who believes that hard work is the key to happiness. Although not a rich man, he considers himself a scholar who reads a lot. A good old boy who knows that he is lucky to have met the girl of his dreams.

-Mike (40-55): A want to be Italian landlord who is also an engineer. Too smart for his own good. He is a want to be red neck as well. He is addicted to Coca-Cola and Coffee, generally at the same time. Recently, he has gone from land lording to bull riding. He is a loud and very vocal about his beliefs.

-Demon #1 Elibos (Woman 70-90): Considered a private in the Demon’s army. Young apprentice learning the trickery of manipulation of mankind. Quick to jump to conclusions. Looks like a scary old woman, with old hands, and long silver hair.