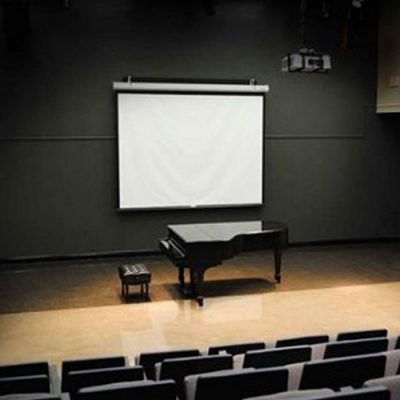 Lindsay Recital Hall, located in the Kuersteiner building, is named for Joe Lindsay, a retired businessman from Carabelle, Florida. His initial interest in music began as an adult when he started taking viola lessons with a member of the faculty. His support included many generous financial contributions to the College of Music, including a four-year scholarship awarded to an undergraduate string player. A choral rehearsal hall before it was renovated and named in 1989, Lindsay Hall is now used as a 100-seat lecture/recital space.