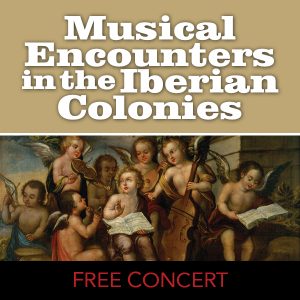 Musical Encounters in the Iberian Colonies

Join us at Mission San Luis for a free concert in our Colonial Sounds series presented by students and faculty from FSU’s College of Music.

From the regional musical traditions of northeastern Brazil, to the lyrical polyphony of Catholic liturgical music from Bolivia, to the popular dance rhythms of the xacara and cumbé, join us for a musical exploration of the rich textures, harmonies, and rhythms of the colonial music-cultures of Central and South America

Part of the 2019-2020 Series on Colonial Sounds: The Influence of Native and Spanish Music on America.

UP NEXT:
Don’t miss the last presentation in the series on Thursday, April 2, a film entitled, “RUMBLE: The Indians Who Rocked the World”  — The story of how Native American music influenced most realms of American music