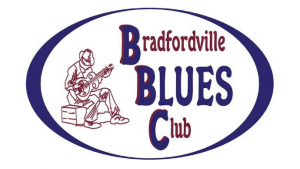 Sheba the Mississippi Queen & The Bluesmen

Sheba found great enjoyment listening to BB King, Koko Taylor, Jimmie Reed, Etta James, and all the great Delta singers (including Elvis).   Sheba started singing with the Wild Rob Moore Blues Band, and at a club called the Poor House, the owner Bob wanted her to sing at the Ft. Lauderdale Blues Fest.  It is here where Sheba met Ken Minahan.  He liked her voice and took over putting a band behind her called The Rhythm Kings.

Sheba and The Rhythm Kings went all over, from the Florida Keys, all the way back to Mississippi where she did a live radio performance singing Billie Holiday’s famous song Strange Fruit. Shortly after Sheba produced the Miss Good -n-Plenty CD, it receives some airtime on the DMX BLUES STATION. There has always been growth in pain for her after five successful years it was the end of Sheba and The Rhythm Kings. Sheba survived it picked up her tracks and started doing singles at parties, clubs, and hotels.

After the breakup with The Rhythm Kings, she tried other bands including the True Blue Band, where she picked up some new songs that are on her CD.  Sheba has taken control of her life, and music and doing her own things, she is in charge, and it showed throughout the CD  “Butter on My Rolls”.

Some fascinated fan once told her you must sing and keep on singing so that people can see the living miracle of God in your voice.

I have paid the price to sing the blues.

To Purchase Your Advance Discounted Tickets and Reserve Seating… Go To Our Website:  http://bradfordvilleblues.com/events-tickets/