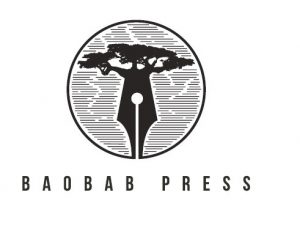 Baobab Press Wants Myths for the This Side of the Divide: New Myths of the American West anthology. Please send prose under 7,500 words, set west of the Continental Divide, that deepens our understanding of the West and its peoples while utilizing the possibilities inherent in the myth form.

In the first installment of This Side of the Divide Baobab Press, , in conjunction with the University of Nevada – Reno’s MFA program in creative writing, searched out stories that contributed to a more inclusive understanding of the land and people located west of the Continental Divide. The result was This Side of the Divide: Stories of the American West.

For the second installment, This Side of the DIvide: New Myths of the American West we are in search of stories that reconstruct our beliefs about the past, present, and future of those people and places through the lens of myth. We have a special interest in those stories that “concern the history of a person/people, explain some natural or social phenomenon, and typically involve supernatural beings or events.”

In other words, we are looking for stories that explain the ineffable or confound the things we take for granted; we are looking for heroines, for tricksters, for demi-gods in all of their subtle glory; we want the universe-altering events contained in small actions, and the small events knocked slightly off schedule by destruction/creation of cataclysmic proportions. What we want is your interpretation of myth, set west of the continental divide, that deepens our understanding of this vast space and its people while tapping into the possibility contained in one of our oldest narrative conventions.