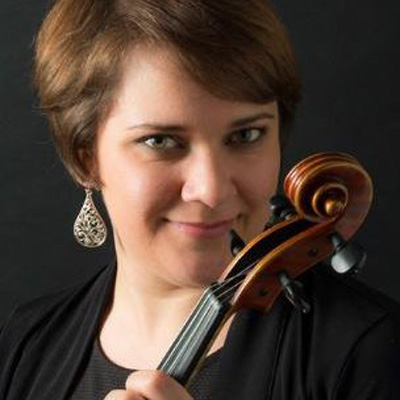 Miriam Tellechea began studying the violin at age six with Melissa Brewer. She received her Bachelor of Music from Florida State University, where she studied with Dr. Pamela Ryan, and completed a Master of Music in Viola Performance at The Boston Conservatory under Patricia McCarty. She was a state winner for the ASTA National Solo Competition in 2010 (Massachusetts) and in 2008 (Florida) and has performed in master classes for Joseph Silverstein, Robert Spano, James Dunham, and Thomas Dumm. She has been a member of many orchestras, including the Tallahassee Symphony, the Columbus (GA) Symphony, the Albany (GA) Symphony (as principal), the Mobile Symphony, and the Cape Ann Symphony (MA). Miriam has attended the Lucerne Festival Academy in Switzerland, Brevard Music Festival, Schlern International Music Festival in Italy, and the Meadowmount School of Music, where she was a teaching assistant for four summers and performed with violinists Joseph Silverstein and James Ehnes.