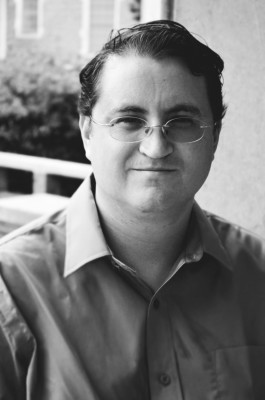 Currently, Marshall is a freelance composer and tutor in the Tallahassee area. Previously, Dr. Jones has served as director of music in churches throughout the southeastern United States. Most recently, he served as a graduate assistant teaching composition, music theory, and aural skills at Florida State University. Marshall recently completed his D.M. in Music Theory and Composition at Florida State University. Marshall also earned an M.M. in Composition from the University of South Florida and a B.M.E. in Music Education from The College of Wooster.

Marshall’s acoustic works have been featured as part of the Cortona Sessions for New Music 2016, the Oregon Bach Festival Composers Symposium 2014, the International Horn Symposium 2015, and regional SCI Conferences in 2012 and 2015.

His electroacoustic works have been featured as part of the New York City Electroacoustic Music Festival, Soundcrawl:Nashville, and the Ammermann Center’s Biennial Symposium for Arts and Technology. His orchestral work Paramnesis won the FSU Orchestral Composition Competition. His works have been performed by members of the Semiosis Quartet, the JACK Quartet, the FSU Horn Choir, the Florida State University Philharmonia Orchestra, and members of the Greater Cleveland Flute Society.

Current commissions Marshall is composing include a work for two saxophones andpiano and a work for soprano, flute, and percussion.