The Birds by Conor McPherson

Come see the play based on the same short story that inspired Hitchcock’s famous film!

Due to popular demand, an additional performance of Tallahassee Irish Repertory Theater's "The Birds" is now scheduled for Thursday, Feb. 17th at 8pm in Goodwood's Jubilee Cottage.  Tickets are on sale at https://www.tallahasseeirishrep.com/tickets.
Directed by Alejandra Gutierrez and produced in partnership with Goodwood Museums and Gardens. Performances will be in the Jubilee Cottage of Goodwood Museum on February 3, 4, 9, & 11 at 8PM and February 6 & 13 at 3PM. Celebrated Irish playwright

Due to popular demand, an additional performance of Tallahassee Irish Repertory Theater’s “The Birds” is now scheduled for Thursday, Feb. 17th at 8pm in Goodwood’s Jubilee Cottage.  Tickets are on sale at https://www.tallahasseeirishrep.com/tickets.
Directed by Alejandra Gutierrez and produced in partnership with Goodwood Museums and Gardens. Performances will be in the Jubilee Cottage of Goodwood Museum on February 3, 4, 9, & 11 at 8PM and February 6 & 13 at 3PM. Celebrated Irish playwright Conor McPherson wrote the script as an adaptation of the same Daphne du Maurier short story that Alfred Hitchcock used for his screenplay in the notorious film of the same name starring Tippi Hedren and Suzanne Pleshette. The play, first performed in McPherson’s hometown of Dublin, is more faithful to the post-apocalyptic tone of the original story. Diane, Nat, and Julia are strangers who seek refuge from the omnipresent threat of birds, who have as a species apparently turned enemies of humans. The vision of Director Alejandra Gutierrez focuses on the effect of the extreme stress of this environment on the human psyche and on human behavior. Technical wizardry will surround the Jubilee Cottage with the birds’ ominous sounds. With a stellar cast that includes veteran actors Erika Stone and Nathan Williamson, this performance promises to be deeply stirring and thought-provoking. Each performance will begin with a short presentation from Dr. Terri Bourus, Professor of Theatre and English at Florida State University, about the playwright.

Tickets can be purchased online or at the door.

If you have any difficulties purchasing tickets, please contact IRT at tallyirishrep@gmail.com

Each performance will begin with a short presentation from Dr. Terri Bourus, Professor of Theatre and English at Florida State University, about the playwright. One complimentary glass of wine (21+) from Monticello Vineyards and Winery and light refreshments will be available on the patio (outside) once the doors open a half-hour prior to performance and during intermission.

For its latest production of The Birds, by Irish playwright Conor McPherson, The Tallahassee Irish Repertory Theater chose the Jubilee Cottage at Goodwood Museum and Gardens.  It is the perfect location to stage this play. The Goodwood grounds, idyllic and yet slightly haunting, like the abandoned world of the play itself, are a perfect fit for this moody post-apocalyptic drama which first premiered in Dublin’s Gate Theater in 2009. Upon entering the cottage, audience members immediately will be drawn into this intimate production directed by Alejandra Gutierrez. Audience members will find themselves sitting within the actual set itself, with actors coming and going around them, and experiencing the play like the characters themselves. The boarded-up windows inside the cottage protect the house from the unseen but menacing predators outside. Inside the otherwise cozy cottage, alone with these characters, we feel hidden and protected from the outside world, yet also strangely vulnerable. This is the world that Conor McPherson has created for The Birds, and Gutierrez and her team have expertly captured this experience for their production.

Like many of MacPherson’s other plays, The Birds is a dark and haunting story. While most audience members will be familiar with the Hitchcock 1963 film of the same title, don’t expect a faithful stage adaptation of the classic Hitchcock film here. Both Hitchcock and Macpherson share the source material, a 1952 short story by Daphne Du Maurier, but most of the similarities end there. While Hitchcock’s film focused on the visual terror of the attacking birds, Macpherson’s play focuses on what theater does best:  it creates a world that relies on the audience’s imagination. Sound Designer Glenn Swann has created a haunting sound design that enhances and captures the terror of that world.

An intense psychological thriller, The Birds requires a strong ensemble, and perhaps the greatest strength of this production is its ensemble of actors. Gutierrez has assembled a stellar cast featuring some of Tallahassee’s finest actors. Four characters, all strangers, struggle to survive in a new world under attacks from the eponymous birds. Their struggle forces them to construct a family unit to survive. And this family is just as dysfunctional as any real one. First, there is Diane, played by Erika Stone, who seems to take on a motherly role as she cares for both Nat and Julia. In one particularly moving moment, Diane bursts into a fit of laughter that abruptly turns to tears, demonstrating the volatility of their situation as well as Stone’s impressive acting ability. Nat, played by Nathan Williamson, is torn between his obligations to his newfound family and his personal desire. Williamson’s performance brings much needed jocularity to a story that could otherwise overwhelm with darkness. The role of Julia is played by Gina Briggs, an impressive newcomer to the Tallahassee theater scene. With natural ease, Biggs captures the nuances of light-heartedness and cruelty in Julia’s character and seamlessly moves between them in her scenes with Williamson and Stone. Finally, Jim McMurtry shines as a menacing outsider who threatens to upset this family unit.

Under Gutierrez’s seamless direction, the actors and the story are always pushing forward with no blackouts and never a dull moment. Ultimately, McPherson’s play is a meditation on how we, as humans, survive and persist in the face of adversity. After the past two years of isolation and pandemic, this story feels strangely familiar. McPherson’s play has taken on a new level of relevance that the author could have never fully imagined. 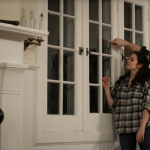 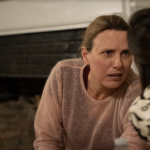 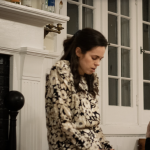 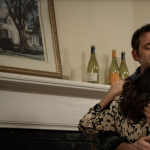 The Museum’s main entrance is located off Miccosukee Road, just East of Tallahassee Memorial Healthcare. The Museum’s back entrance can be accessed off Surgeons Drive.

Masks are required of audience members. Surgical masks will be available at the door. Distancing of 6 feet is required while standing. If anyone is feeling ill they should not enter the building. The seating will be spaced so that groups that come together can sit together but remain 6 feet apart from other groups. 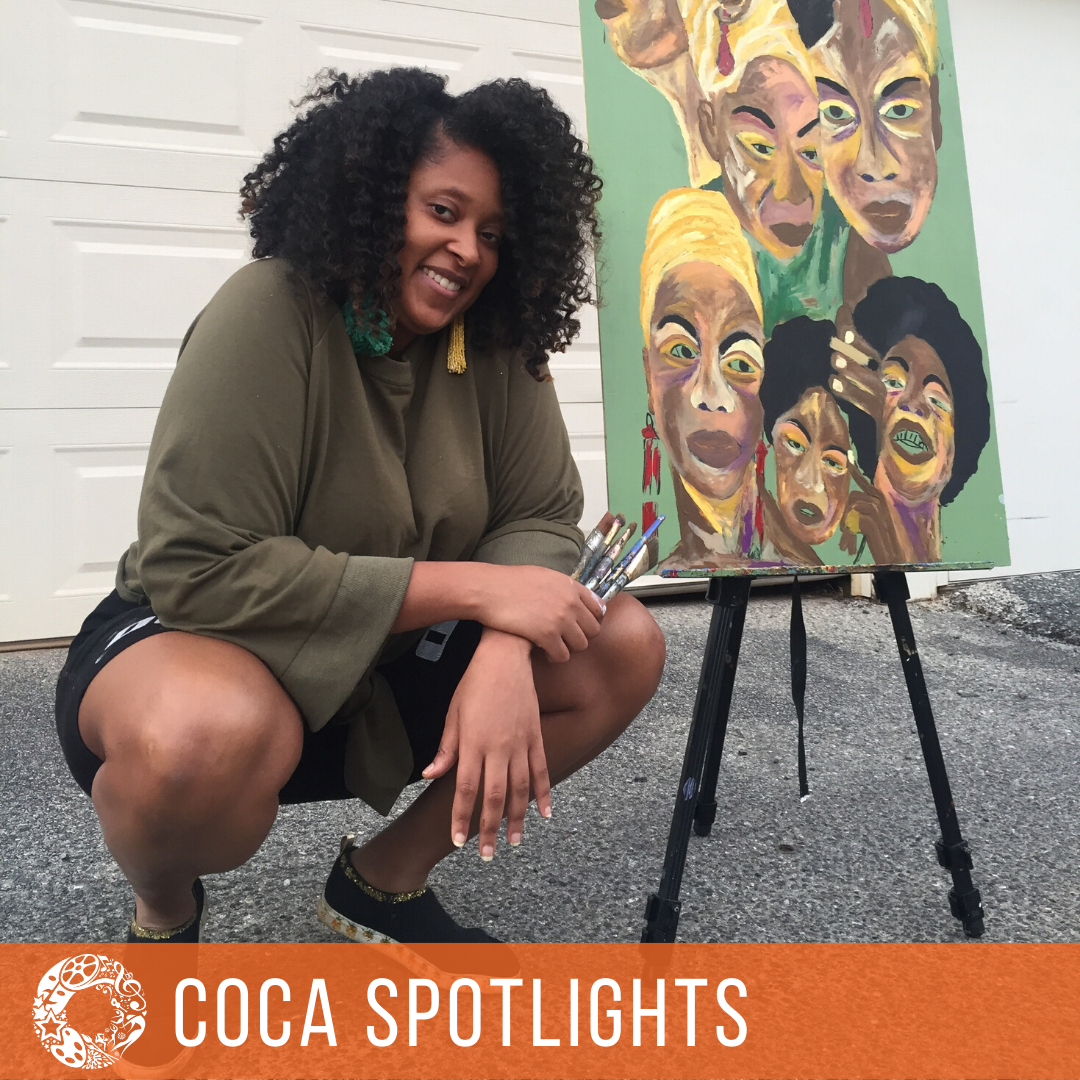 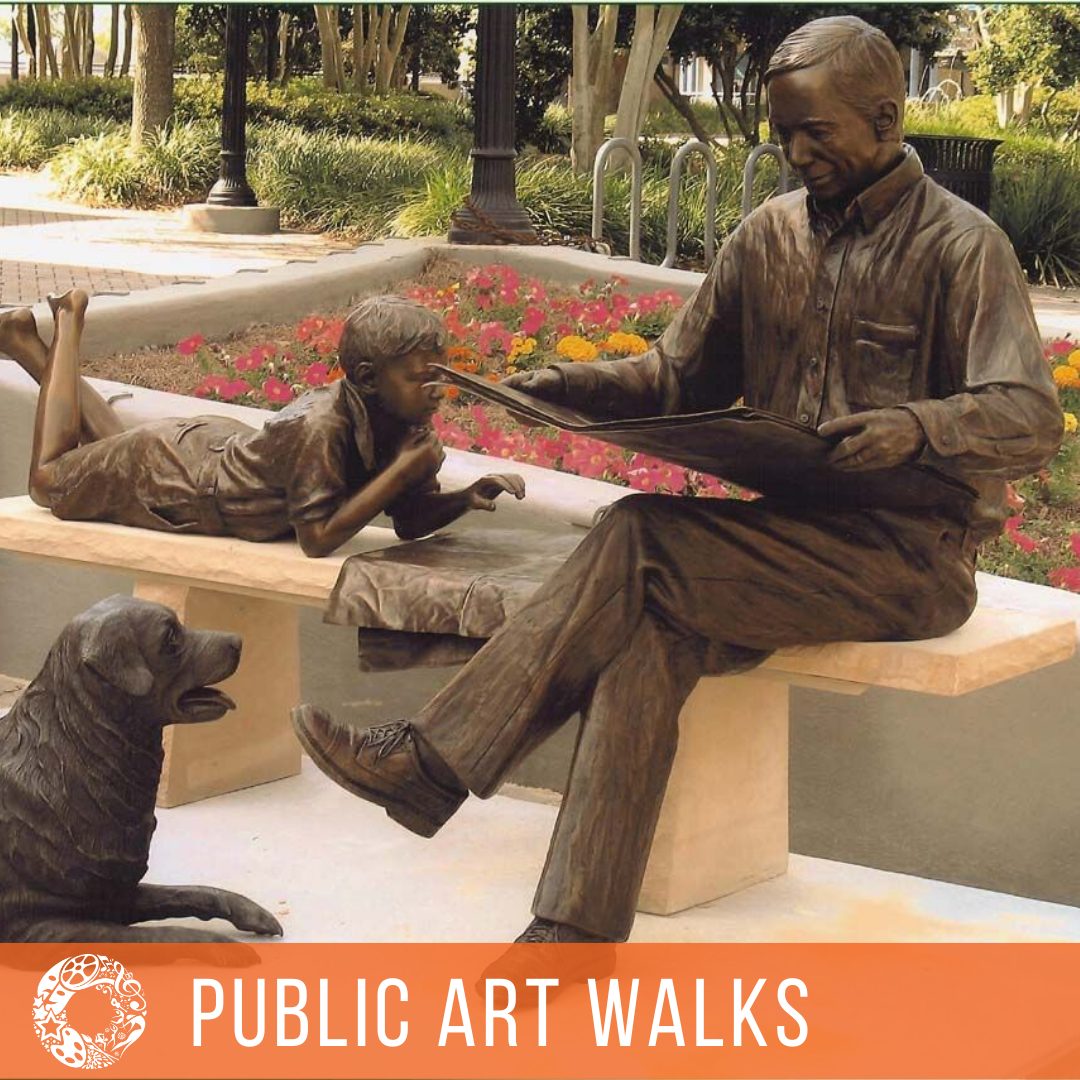 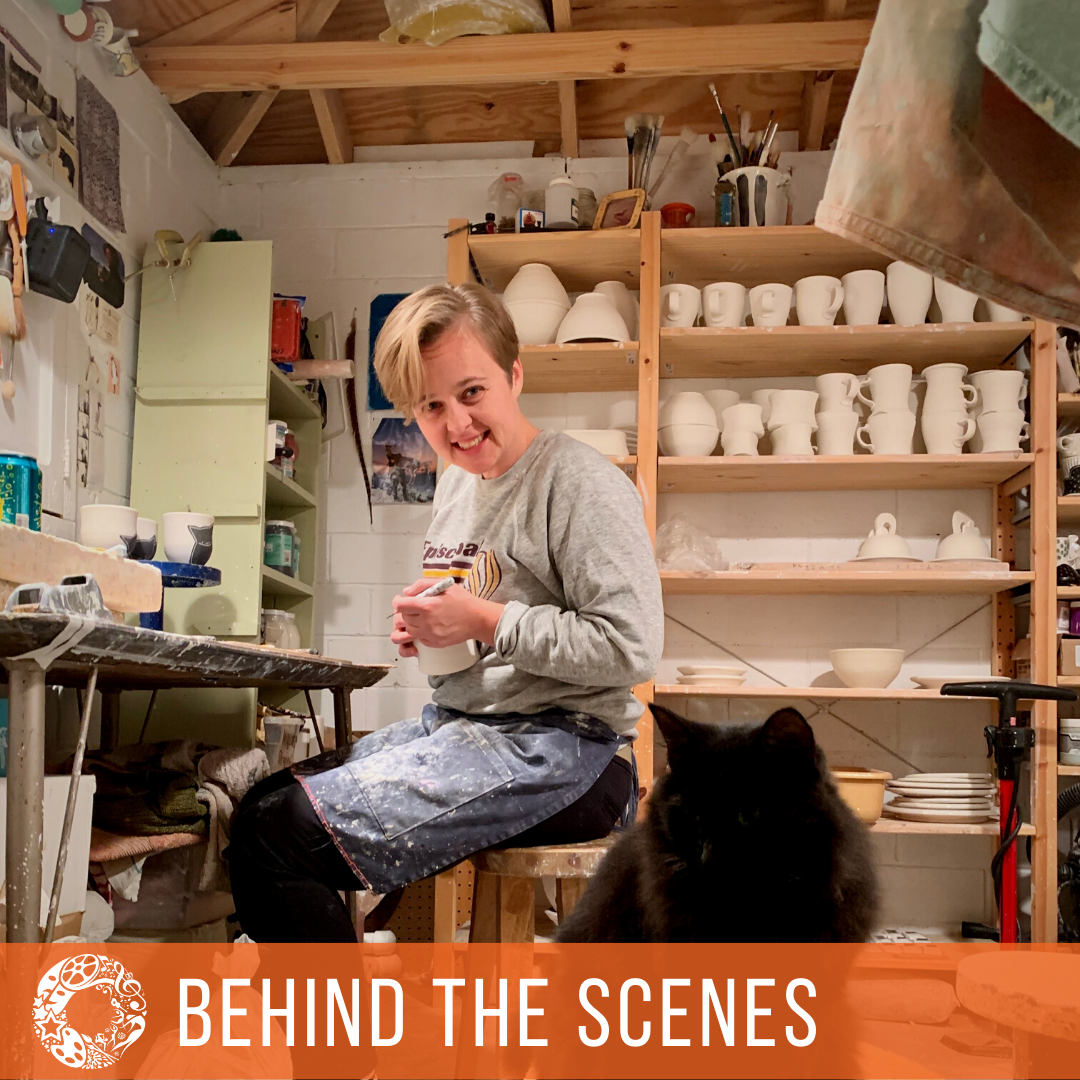 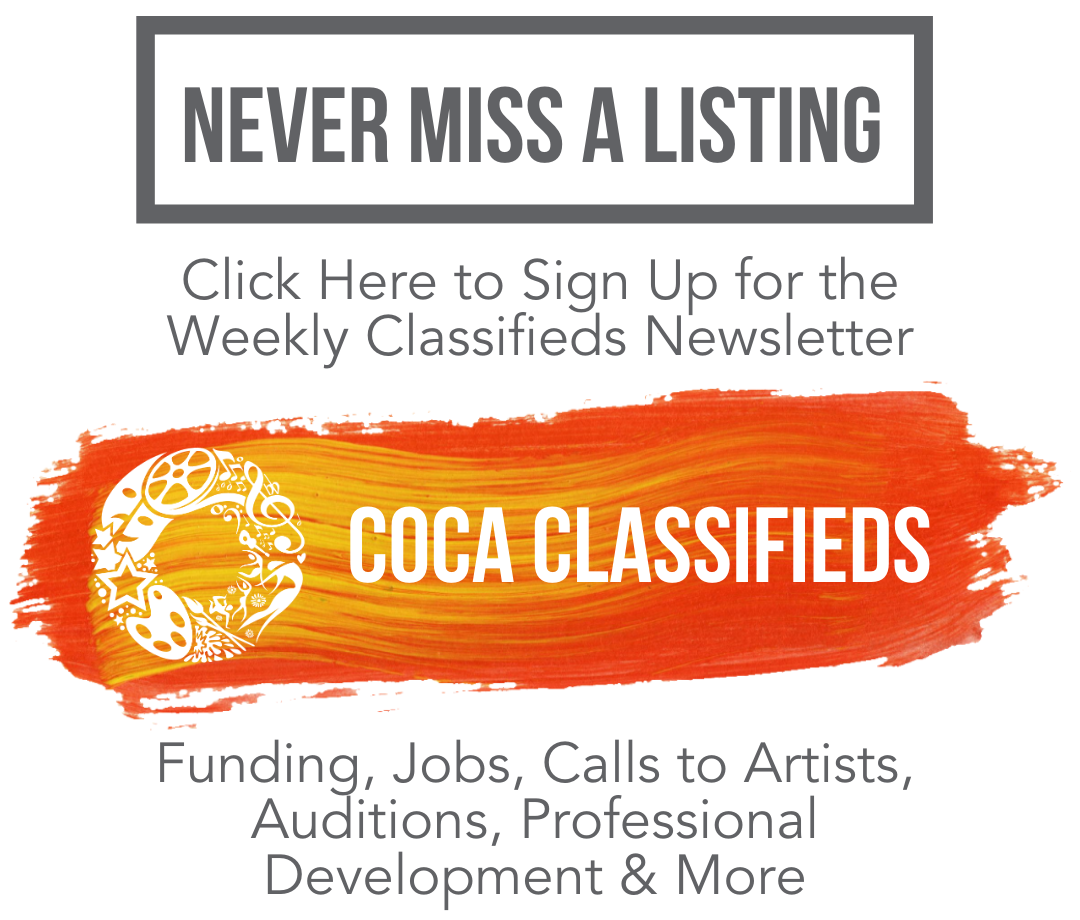