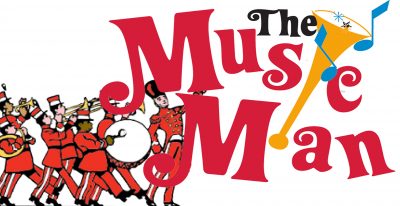 Auditions for Music Man, MadCo Productions, Sunday, June 4, 3 pm, 262 N. Cherry St. Please sing at least 16 bars of song in your key. Bring the music to the audition. Be prepared to read from script, and dance. If you can’t attend this audition, let me know and I’ll schedule other auditions. All roles available. Also, we need men!!!! Draft everyone you know!!!!!! Teens are needed as well as a few younger children. Rehearsals begin week of July 10. Show runs September 8 – 24, nine shows. We are the season opener for the Monticello Opera House! Director, Melanie Mays; Choreographer Idy Codington; Music Director, TBD. PLEASE SHARE!
Charlie Cowell
A traveling salesmen who is on to Harold Hill’s schemes. Tirelessy attempts to prove to everyone the true con man behind Harold Hill.

Harold Hill
Our story’s unsuspecting protagonist. A con man, traveling under the auspices of a salesman, he eventually falls in love with Marian Paroo. Charismatic and charming.

Mayor Shinn
A blustery politician who is all too “self-important.” Begrudgingly married to Eulalie, he is skeptical of the town rumor mill.

Ewart Dunlop
A member of the quartet formed by Harold Hill with a tenor voice. Ewart is married to Maude Dunlop.

Oliver Hix
A baritone in the quartet formed by Hill. Oliver is married to Alma Hix.

Jacey Squires
The highest tenor in the quartet. Married to Mrs. Squires.

Olin Britt
A citizen of River City and the bass of the quartet formed by Harold Hill.

Marcellus Washburn
Harold’s chummy old friend and former con man, he now lives in River City and is trying to settle down.

Tommy Djilas
An attractive, young man from the wrong side of town. He is secretly courting Zaneeta.

Marian Paroo
The stuff town librarian and music teacher. She is an attractive young lady who eventually falls for Harold Hill. Stuck up. Curious.

Mrs. Paroo
Cheerful and always plotting. An Irish widow and mother to Marian and Winthrop.

Winthrop Paroo
Marian’s baby brother, he is very shy because of a noticeable lisp. Embraces Harold Hill and the marching band.

Eulalie Mackecknie Shinn
Mayor Shinn’s peacock wife. A serial gossiper and snob, she has trouble keeping her opinions to herself.

Zaneeta Shinn
The Mayor’s fresh-faced daughter who is in love with Tommy. Sweet and outgoing. Appears to be daffy at times.