Just after Halloween and right in time for Thanksgiving, we’re producing the gory psychological thriller, Bella. The play portrays the harrowing tale of a kidnapped family imprisoned in a basement. They must escape before their tormentor, Michael, feeds them to his man-eating dog, Bella. But his victims begin to suspect that it isn’t the dog who wants to eat them . . . .
Written and directed by Evangeline Ciupek. Neil Coker of The Tallahassee Democrat said of Polyphonic’ s The Unburied Dead of Thebes, “The vision of director Evangeline Ciupek [. . .] feels like Sophocles’ ‘Antigone’ stitched together with ‘Evil Dead.’” (May 20, 2015).

A historical epic bursting with wit and melancholy, The King’s Two Bodies examines the events leading to Abraham Lincoln’s assassination from the perspective of the psychics with whom he and Mary Todd associated. Did Mary Todd’s interest in séances stem from mental illness? Was Abraham already dying well before John Wilkes Booth murdered him? Could the fraudulent psychic Charles Colchester have prevented Lincoln’s murder—if only people had listened? Written by Charles Poole, whose writing Neil Coker of the Tallahassee Democrat has called “so good that I’m willing to compare it to the masters of antiquity” (March 19, 2015).

We look forward to seeing you there – good luck! 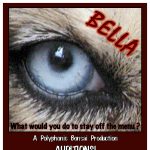 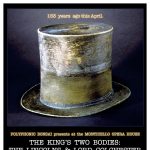 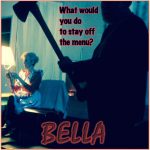 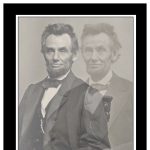